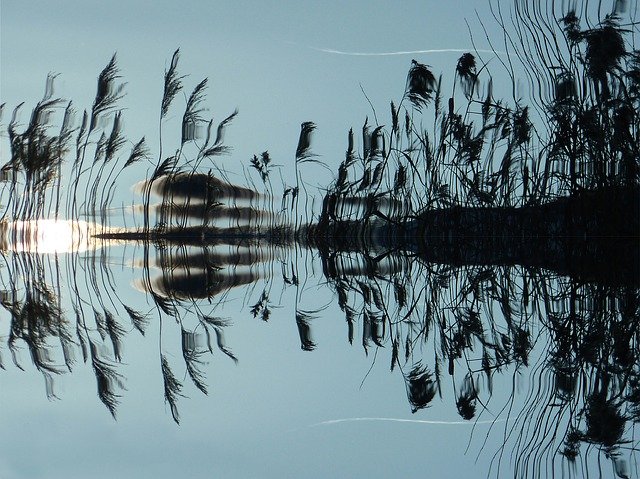 In Celtic mythology, reeds represent evil and are often associated with spirits and death, however, reeds also represent music, wisdom, scholarship, and protection due to their associations with druidic writing, music, and the goddess Brigit.

Representations of reeds in Celtic Mythology:

Reeds were first promoted in Robert Graves’ the White Goddess However their importance in Celtic life and folklore is undeniable.

Let’s look at some of the things reeds are associated with in Celtic mythology in more detail:

What does The Reed Represent in Celtic Mythology?

A Symbol of Evil

The Reed was often viewed as a symbol of evil, possessing otherworldly attributes and almost always being
used by spirits or fairies rather than humans.

It is typically found as a musical instrument or weapon. The Reed was considered to be one of the plants that had betrayed Jesus at the time of his execution, so when Christianity arrived it furthered this interpretation.

Reeds were also known as a protective plant, used for creating roofing, talismans, and charms, that were believed to protect against evil and cleanse the home of bad luck.

The Reed or Broom is also associated with Brigid, goddess of poetry, smithcraft, and healing.

Brigid’s cross, an important Celtic symbol that is still used today, was woven from reeds and hung inside homes for protection against evil spirits.

Druids would use reeds to make paper and writing tools, associating reeds with wisdom and scholarship.

Celts would often use Reeds to make whistles and other primitive instruments, associating the reeds with music and storytelling.

Reeds were used in many tales and stories about death, truth, healing, and life.

Association with Spirits and Death

On the Celtic tree calendar, the Reed represents the dates from October 28th to November 24th, the time of Samhain. (Known as all Saints day, today it falls right after Halloween).

Samhain was when the door to the otherworld was thought to be weakest, allowing the souls of the dead to join the living for a short time.

As the wind blows through reeds, you can hear them whisper. The Celts believed this was the souls of their ancestors, whispering to them from the afterlife. There is a similar interpretation and belief held about the whispering aspen.

Fires were burnt and feasts were held in places where the dead spirits could join in the festivities.

Reeds are also found on the border between water and land. Celts had great respect and reverence for these borders between planes, both the water-land border (which is why Willow trees are so revered) and the sky-land border at the top of mountains (where Rowan trees grow, the most sacred tree in Celtic mythology).

Reeds in Celtic Poetry and Literature

Reeds are mentioned in ‘Poem on Reeds’ by Scottish poet Scott B Stewart, who notes their importance to Celtic culture.

Poem on Reeds
-Scott B Stewart

The family of Reeds, watch over the wetlands
Standing-tall sentries of rivers, lakes and ponds
blessed by the omnipresent hands
of our dear Goddess, who cares for them all:
her reeds, rushes and cattails
which thrive along swamps.
The Celts have long honored
these most unique of plants
which make music in the wind
and most gracefully bend.

Reeds in the Ogham Alphabet

The Reeds in Celtic Mythology were a neopagan addition to the Ogham, and became the most common
interpretation for Ngetal (N) in the Ogham alphabet.

Reeds were not explicitly included in original Celtic mythology or folklore preceding the introduction of the neopagan belief system, so our understanding of reeds in Celtic mythology comes from later neopagan interpretations, notably in Robert Greaves’ book The White Goddess.

Before the Neopagan additions the Ngetal symbol was more often interpreted with the Broom plant or Fern,
considered to be a more authentic interpretation.