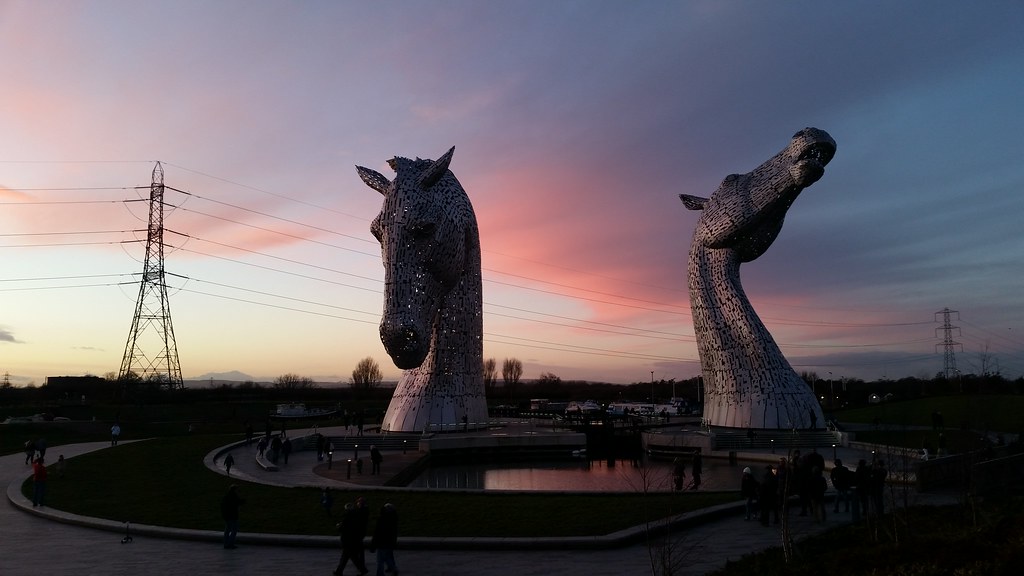 Found in and around the various lochs and rivers of Scotland, they were said to appear as a horse or pony, but much like a Selkie, changelings, and many other Celtic creatures they could disguise themselves by taking human form.

As with most Celtic mythology, the stories vary from place to place but there are some common descriptions and beliefs about the Kelpie.

Kelpies lurked around lochs and rivers, appearing in the shape of a beautiful horse or pony to entice travelers and children near. However, should anyone try to tame a Kelpie they would become stuck and would be swiftly dragged to the depths and drowned.

The Kelpie shares a lot of similarities with the legend of the Selkie, a shapeshifting seal character found in Orcadian and Hebridean mythology.

Kelpies were said to have been able to shed their bridle and appear human, much like the Selkie could shed their sealskin and appear as a handsome man.

In human form, Kelpies take the form of a charming, handsome man who would persuade people to come with them to the water, where they would be dragged to the depths.

One popular Kelpie story is that one by one, children begin disappearing from a small village. No one knows where they are going, until one child stumbles upon a pony by the lochside. The child strokes the its nose, and becomes stuck fast. As the Kelpie dashes towards the loch, the child manages to get free by cutting off his own finger.

Like many similar stories, the legend has some roots in the culture of the time and may have served as a warning to children to avoid dangerous stretches of water.

As mentioned above, Kelpies could shed their bridle and appear human. In a similar fashion to the shed skin of a Selkie, should one manage to acquire the Kelpie’s bridle, one would become the Kelpie’s master.

Similar to the story of the Selkie with their Selkie Skin, there are stories of women stealing a Kelpie’s bridle and forcing them in to marriage in their human form. Inevitably, these stories always end in ironic tragedy.

Kelpies were said to have the strength and the stamina of ten horses and their bridles were highly sought after by lords, lairds and families.

There are many stories of Kelpies being captured and forced to work the fields and drive the millstones of the lords, lairds and clan chiefs of Scotland.

One rumour that persists to this day is of an ancestral heirloom, a Kelpie’s bridle taken from a Kelpie from Loch Slochd by a member of the MacGregor clan, and passed down through the generations. The MacGregors have never confirmed it.

It was said that if you struck a Kelpie in human form, it would shift back to its equine form and flee.

Kelpies aren’t horses, but equine water-spirits. They take the form of beautiful horses or ponies to lure people near them, but can also take human form when they shed their bridle.

Similar Legends from other cultures

The idea of a malevolent shapeshifting animal is extremely prevalent in almost all European cultures and certainly within other Celtic cultures. There is the Orcadian legend of the nuggle, the Cabble-Ushtey from Manx folklore, and the more generic Changeling found in Irish Mythology.

Kelpies aren’t real, they are a popular creature from Celtic Mythology.

Kelpies were thought of as malevolent. In Celtic culture, they were known for dragging people to the depths of lochs and rivers, never to be seen again.

After christianity arrived in Celtic Scotland, the idea of a hooved human tied in nicely with their ideas of Satan.