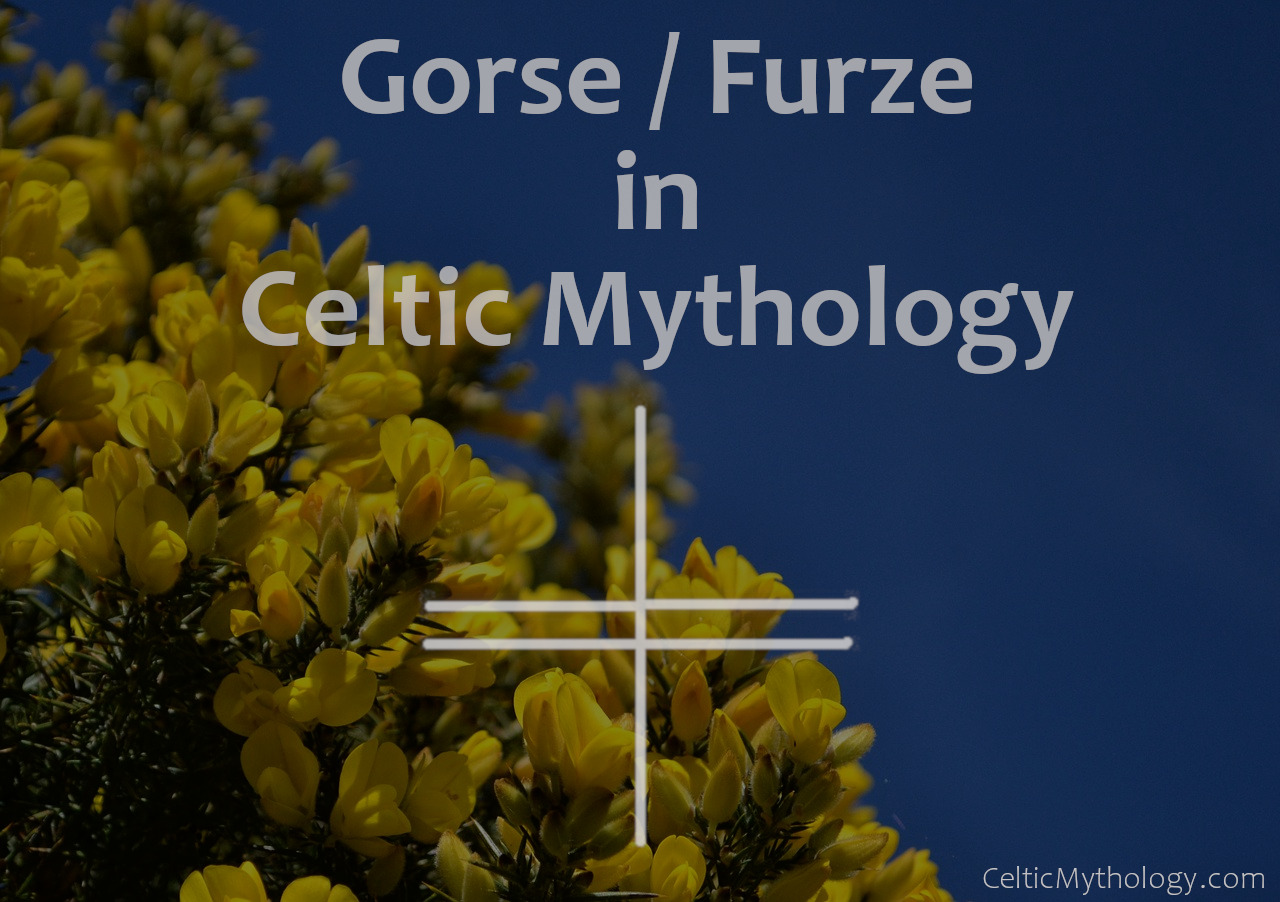 Also known as Furze, Gorse is a fast growing member of the Pea family, with sweet smelling bright yellow flowers. In Celtic Mythology, Gorse was thought to provide protection against misfortune and was associated with resilience, optimism, and with the Sun, light, and fire.

Yellow Gorse – the Fire of Beltane

Gorse was used throughout Ireland and the Celtic Nations as fuel. Gorsewood is highly saturated with natural oils, which means the wood burns voraciously, with a fierce flame and at a higher temperature, more comparable to charcoal than with other live woods.

Gorse was highly valued during the festival of Beltane, for the intense fire it creates when burnt.

Gorse is a rapacious seeker of sunlight and warmth. When destroyed, either by man or nature, Gorse is quick to sprout new shoots and grow, forever chasing new light.

This gives Gorse an association with resilience more so than any other tree.

In Irish custom, a twig of Gorse was often hung in dwellings, or worn on clothing. It was thought that like the Gorse tree, wearing a twig would help you overcome any adversity.

Historically, Gorse raised the value of the land on which it grew, although nowadays it is considered a nuisance on farmland, because of how hard it is to get rid of.

Gorse can grow up to three metres tall, completely filling a hillside or open field within only a few years. If covered, Gorse will spread and move, forever chasing sunlight.

Gorse is also associated with the Celtic God Lugh (the Celtic God of Sun and Summer) due to its bright, yellow flowers, the endless growth of Gorse in search of light, and the fact that Gorse is one of the few plants which flower year round.

The Celtic festival of Lugnasdagh, (Festival of Lugh) which is celebrated across the Celtic Nations is known as “La Fête des Fleurs d’Ajonc” (The festival of the Gorse Flowers) in Brittany.

The flowers of the Gorse are edible, either on their own or as part of a salad.

The flowers can be used as a yellow dye, for clothes, or for food. In Ireland, Gorseflowers are sometimes added to Whiskey which changes the colour and adds a unique almond like flavour.

The flowers can also be fermented to be used in creating wine and beer.

Gorse (Furze) in the Ogham Alphabet:

In the Ogham, Gorse represents the letter O, and is pronounced “Onn”.

It’s the second vowel of the Ogham, after Ailm, and is represented by two horizontal lines, each bisected by a single vertical line.