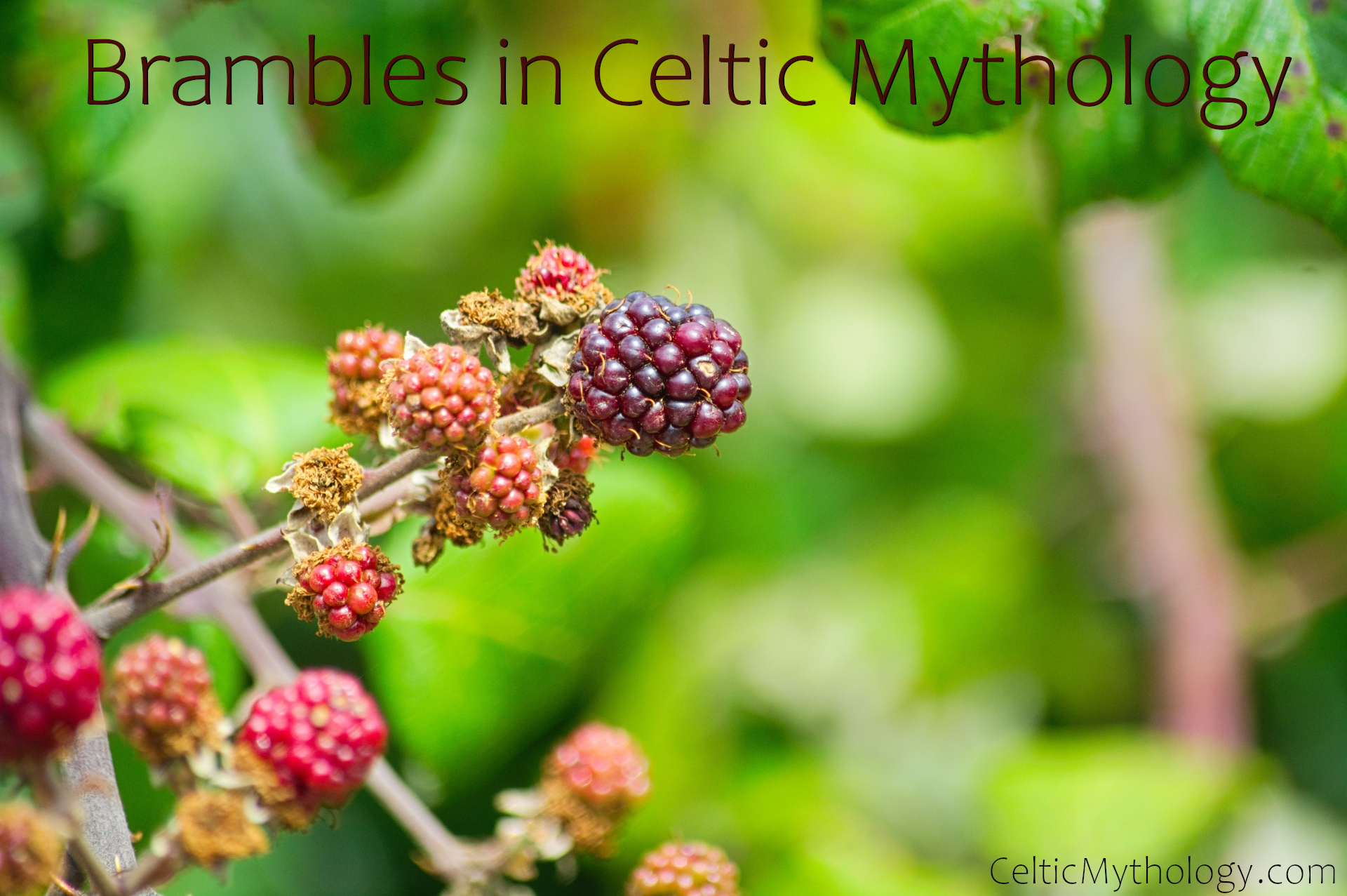 Brambles have been enjoyed by Celtic cultures for centuries. They were well known and loved as a food source and for their healing properties, but they also had a darker association, with evil and the devil.

Although the Celts didn’t have the scientific knowledge we have today, they understood the benefits of Brambles and many other plants, by direct experience.

Brambles were eaten and used in medicine, used to treat wounds and a pain remedy. Nowadays we understand the plant is astringent, meaning it helps prevent bleeding, and is a natural source of salcyilate, which we use to make painkillers and anti inflammatory drugs today.

Food for the Devil

In Celtic Britain, it was customary that blackberries should not be eaten, after the devil spat on them. In Cornwall, the story is that the devil urinated on them.

Most ancient mythology is formed around what the people of the time saw in nature and couldn’t explain. Examples of this are found throughout Celtic Mythology, especially among plants and trees.

For Brambles, though they are sweet and ripe during summer, as Autumn comes around the berries turn a deep purple colour and become bitter.

The association with Satan is also present in Christian mythology. It was said that on the day Satan was banished from the kingdom of heaven, he fell in to a patch of brambles and cursed them as they pierced him.

Goats are one of the few herbivores which can eat brambles. Goats are traditionally associated with Satan in Christianity, this may have added to the negative associations with Brambles.

Brambles in the Ogham Alphabet:

Brambles aren’t directly referred to in the Ogham, but the Ogham letter Muin, which is sometimes described as representing “vines” was actually more likely to have represented Brambles, as grapevines weren’t around in Celtic Ireland.

In Gaelic the Bramble is known as Dris-Muine, which means “Prickle Thorn”, further supporting this theory.