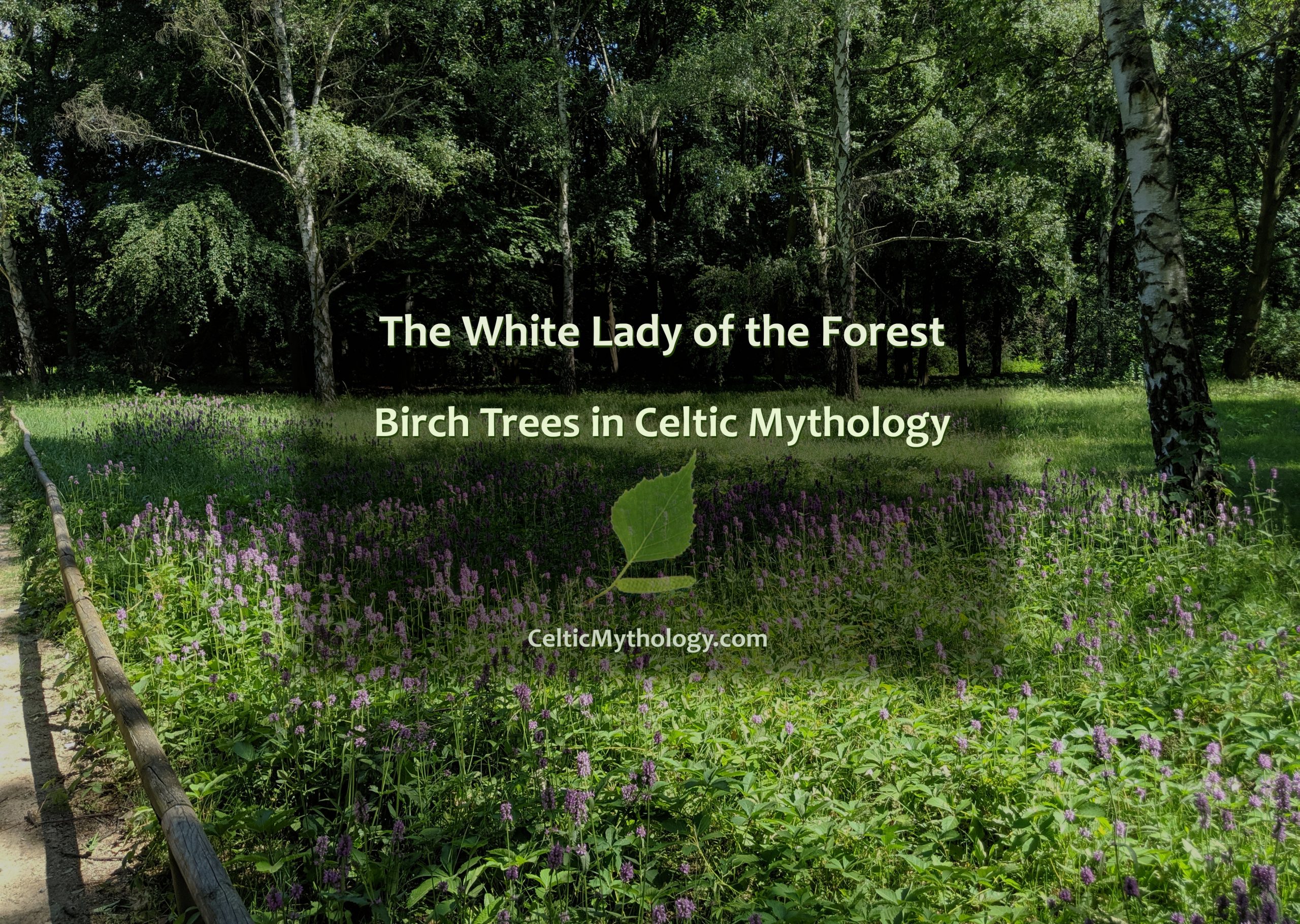 Birch trees (and other trees in Celtic Mythology) were often personified as a Goddess. Birch Trees were known as the White lady of the Forest due to their unique white bark and shimmering silver leaves. Birch trees represent femininity, grace, and purity.

The white bark of the Birch tree is unique and distinctive, and was believed to hold protective powers against evil.

The quick growing nature of the tree represents new life, with the first birch leaves signalling the coming of spring.

The medicinal qualities of Birch sap and bark have been known across European cultures for thousands of years.

Birch trees are home to the unique Chaga mushrooms which were used in teas and cooking across northern and Western Europe and are still thought of today as a superfood for their unique health benefits.

The Birch also provides a sweet sap, which was a welcome gift from mother nature, and a good way to replenish your energy after a harsh winter. Sap is still widely consumed today, from Birch and Maple trees in both Europe and in Canada.

Celtic Mythology considered most trees to be highly sacred, containing the souls of their ancestors. The Elder Tree bleeds red, and the Aspen whispered in the wind. It was forbidden to cut many trees and Birch was no exception.

Birch trees have unique leaves which are slightly shiny on one side, making a mesmerizing shimmering effect in a light breeze and reflecting the sunlight.

Birch Trees in the Ogham Alphabet:

The Celtic word for Birch is Beithe (pronounced like “Bey”). Beithe is the second letter of the Celtic Ogham alphabet, and there are many Celtic place names named after this, such as the town of Beith, in Scotland.

Just as the ancient Celts used birch twigs to ward off evil at Summer’s end, we can use Birch Jewelry to symbolize protection and to give us strength and courage when it’s most needed.

It’s popular for people whose Celtic Birth Tree is Birch, but also for anyone else who appreciates the unique symbolism behind the Birch.