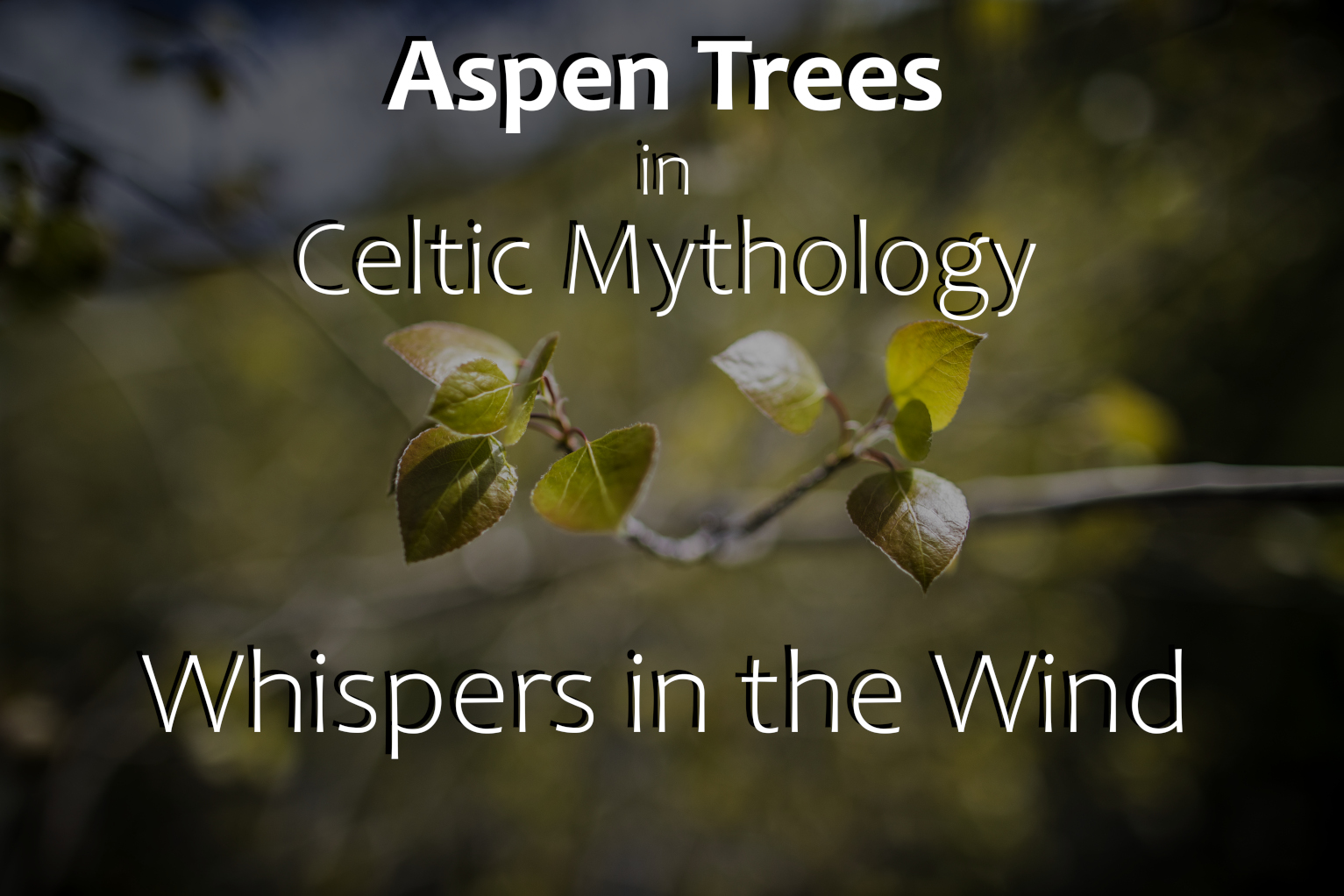 Aspen in Celtic Mythology was known as the shield tree, being well known for providing both spiritual and physical protection. Aspen form huge, interconnected colonies which can live for thousands of years, and the unique shape of the leaves creates a whispering sound in a breeze, which the Celts believed was the souls of their ancestors communicating.

Known as the Shield Tree, the Aspen provided unmatched physical protection compared to how light the wood was and was the tree of choice for shields and armour.

The Aspen was also thought to provide spiritual protection, due to the whispering sound of the leaves being interpreted as ancestral communication.

Much like the beloved Rowan tree, the Aspen was often planted at the entrance to a house, in memory of lost loved ones, and for the protection they offered.

The Aspen tree never grows alone. From the root system of one tree, Aspen grows and spreads new stems, which further spread the root system. One tree can eventually spread to have several trunks, eventually creating entire colonies all sprouting from one tree.

One Aspen colony can continue spreading and growing for thousands of years. Each individual trunk lives for around 100 years. Symbolically, this was important to the Celts, who valued family connections and believed many trees contained the souls of their ancestors.

Because the root system is underground, Aspen colonies are safe from fire. After a fire breaks out, all life is burned away, and the Aspen can sprout again after the first rain, their roots preserved by the earth.

After only a few years, an entire Aspen colony can replenish itsself, and the Aspen was strongly associated with growth and new life.

Aspen artefacts have been found in ancient Celtic burial sites, perhaps to allow the rebirth of the deceased in the next life.

Whispers in the wind:

Aspen is also known as trembling aspen, or quaking aspen, due to the visual and audible effects of the leaves.

The small, circular leaves of the Aspen have a silvery underside, producing a mesmerising visual effect in a light breeze, like a murmuration of birds flying at twilight.

In Celtic Mythology, the unique sight and sound of the quivering leaves and the whispering of the wind through them was thought to be the souls of ancestors communicating with the world of the living, leading to the tree being known as the Whispering Tree.

In ancient Ireland and Scotland, the Aspen was afforded the same level of sacrality as the much revered Rowan tree. To destroy an Aspen would be to destroy the soul of your ancestors.

When christianity arrived in Ireland, the christians, full of fear and hatred for the existing Celtic culture and beliefs set about discrediting them. Several trees which were highly sacred to Celtic culture were derided and thought of as evil by Christianity.

The Aspen, sadly was no exception to this and the invading christians attributed the Aspen’s beautiful shimmering leaves and quiet whispering voice to shame over the death of Christ.

According to the christians, the Aspen trembles and cries in shame, having provided the wood for Christ’s crucifix, although the christians also levelled this accusation at several other sacred Celtic trees, especially the Holly, and the Oak.

Aspen in the Ogham Alphabet:

The Aspen is known in the Ogham as “Eadha” and is the thirteenth letter of the Ogham Alphabet.

Eadha is the fourth vowel in the Ogham and represents roughly the sound “Ay” like in the word “Hay” or “Great” in English.

Aspen in Tattoos and Jewelry:

Aspen is popular in Celtic Tattoos and in Celtic Jewelry, due to the strong associations with family connections, immortality, and lost loved ones.

The Aspen has a beautiful, round tear shaped leaf which makes it quite distinctive. It can also be found on the local flags of Aspen, Colorado which takes its name from the tree.